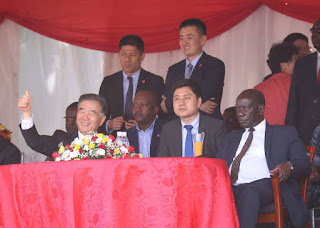 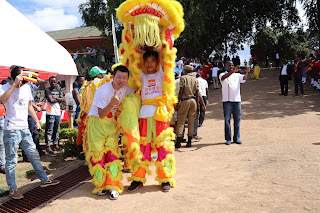 五月 31, 2018
Welcome to Saba saba Trade Fair 2018 in Dar Es Salaam for maize milling machine In July of last year, we first came to Dar Es Salaam to attend the  Saba Sabah  trade fair  for maize flour mill machines and wheat flour milling machines. Just getting off the plane was attracted by the blue sky and comfortable weather. The friendly Tanzania people make us deeply in love with this place.   Tanzania Tanzania is a country in Eastern Africa within the African Great Lakes region. It borders Kenya and Uganda to the north, Rwanda, Burundi and Congo DRC to the west, Zambia, Malawi and Mozambique to the south, and Indian Ocean to the east. The capital city of Tanzania is Dodoma, the official languages of Tanzania are Swahili and English. The currency of Tanzania is Tanzanian Shilling(Tsh or TZS). Tanzania is considered one of the earliest places in Africa where the earliest Homo habilis inhabited after a 1.75 million years old age fossil was found in Olduvai Gorge. The largest cit
发表评论
阅读全文

what is the installation experience for wheat flour mill machine?